What does it mean to be maverick?

“You are so Maverick,” says the Boss person.

It wasn’t meant as a compliment, but we took it as one. We? The maverick comment was also aimed at the other half of my work double act, Katy Fendall. Even now, 14 years later, when we catchup we still chuckle about it. Our crime? Having the audacity to challenge a pre-existing process.

I’m not sure the giver of said compliment would understand how much impact that comment would have on me. Wherever I have worked since, I have tried to live up to that title: “what would the Maverick do?”

So what does it really mean to be “maverick” and why does it matter (at least to me)?

This is where a lazy blog would insert the dictionary definition, but no, not this time. Instead it’s time for a quote from Top Gun…immediately making this blog timely or dating it horribly.

"Maverick, it's not your flying, it's your attitude. The enemy's dangerous, but right now you're worse. Dangerous and foolish. You may not like who's flying with you, but whose side are you on?" Iceman – Top Gun

To the uninitiated, mavericks could appear dangerous and foolish, but without maverick thinking - without those whose brains think a little differently than the norm - our world would be a poorer place. Poorer both economically & culturally.

Googling famous maverick thinkers can be a dangerous game to play, as you are likely to divide your audience at best and at worst, upset them. My edited list of those who created their own path to success does not include Steve Jobs, Richard Branson, Ted Turner or Elon, as it’s clear that wherever you look it’s hard to get away from white male privilege. So I dug a little deeper as all Mavericks aren’t so obvious. Anne Boden, for example, founder of Starling Bank with 30 years of traditional banking behind her. She took a bold step into a digital banking future. Or how about Greta Thunberg? There can’t be many more famous teenagers in the world. I don’t think anyone would question that she thinks differently than most. Or Oprah, mainstream talk show host to a billionaire media magnate who created her own media empire with a series of bold moves.

For every billionaire Maverick there are of course the lesser spotted mavericks, those who deploy their skills in their day-to-day roles. Or those who fail or who are unempowered to deploy their maverick tendencies. I met one the other day, a senior figure in the public sector with no history in that world, who has grabbed wholeheartedly onto the “how was I supposed to know I was meant to do it that way?” principle. No matter the final result, they are getting things done. Harnessing the elements that made these people so successful should make a difference in any project or role if you get the balance right.

Are my maverick tendencies my superpower? I’d like to think so, although based on the opener, you can probably see it got me into trouble as much as it helped me progress. In fact, in almost my first real role, I was given the advice that even if I knew how to fix something right away, I had to demonstrate I had listened by pretending to go away and think about a problem before coming back with the same answer.

Harnessing mavericks is half the battle, a battle that some of the world’s biggest companies have set out to achieve. Or “empowering their intrapreneurs” as they call it. Google, Nestle, Airbus, Sky and Sony have all launched programmes which empower their mavericks to think differently, challenge normal ways of thinking and launch new products.

Not everyone who will take part in these programmes will consider themselves to be a maverick thinker. Some would probably even shun the term. But allowing yourself to challenge existing ways of doing things, to let yourself imagine “what if that rule didn’t apply” is what has powered most of the significant change we have seen in our lifetime.

So here are suggestions for unleashing the maverick within that I picked up along the way. I hope these will help you be a bit more successful and piss people off less.

There are probably loads more tips I could share. For example, I deliberately left out “trust your gut.” Why? Well, because after 25+ years of working in my field, my gut has a lot of lived experience and mistakes to feed off. Not everyone can rely on that. But start with the steps above, trust your curiosity and question the “norm.” You never know - you might be the first person to ask.

Photo by Angshu Purkait on Unsplash 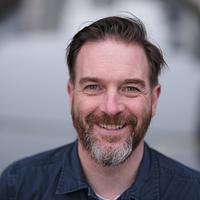