“Autistic people don’t like change” is the neurodivergent version of “water is wet”, right? An obvious, universally accepted fact? Well, no, not really, as we’ll explain why later in this blog post.

What this assumption highlights is that there are a lot of misconceptions around neurodiversity matters, as they are often perceived as complicated and uncomfortable to confront.

Recently, we here at AAB Consulting have been working to make our organisation better equipped to attract neurodivergent talent - an often-untapped pool of brilliant people. This process has led us to consider how we can use our improved understanding of neurodiversity to better assist our clients with their change challenges.

So, what are the dynamics involved in neurodiversity and change? How can we improve our approaches in enabler areas (such as service design and agile delivery) to ensure that the workplace is structured in a more inclusive way and that it provides even better service delivery?

The problem with assumptions

Work-based transformational change may feel overwhelming to most of us, but it can be particularly acute for those that are neurodivergent. For example, it’s true that a lot of autistic people rely strongly on routines to feel in control of their surroundings and that a lot of people with ADHD carefully schedule their workload to help with time management. However, it’s also true that the impact of operational routines being interrupted can range widely from “not an issue” to “panic attack inducing”.

The fact that there’s such a spectrum of reactions in the first place speaks to the complexity of how change intersects with neurodiversity. In other words, since change is a multifaceted and often unpredictable concept, so are people’s reactions to it.

Still, you might be wondering, how exactly can someone who needs a lot of structure succeed within a change environment, where interrupting an existing structure is the entire point?

For starters, creativity and innovative thinking make frequent appearances on lists of skills that people with autism, ADHD, dyslexia, and other neurodivergent diagnoses tend to be good at. It’s common for neurodivergent people to be told they ask incisive questions or make observations that others haven’t considered. These are all essential skills for anybody working in change management.

Additionally, it’s easy to have an improvement-motivated mindset when a lot of how society and services are currently designed doesn’t work well for you.

Where large organisations consider inclusive design at all, they tend to focus on general accessibility over neurodiversity. This often becomes a somewhat shallow technical ‘box ticking’ compliance exercise, focused on standards but not on the real needs of disabled people who may face issues not represented by these fixes.

Although neurodivergent people (thought to be 1 in 7 of the UK population) are protected under the Disability Act 2010, their needs aren’t always considered in a service design context because neurodiversity often presents as an “invisible” disability. The needs of neurodivergent people may not appear physically and/or immediately and, as discussed above, can vary significantly between individuals. One autistic person might be sensory seeking and another sensory avoidant, whilst someone with ADHD might be medicated one month and unmedicated the next because they’re trying to balance the psychological benefits of medication against its negative physical effects. Of course, the easiest way to find out a neurodivergent person’s specific needs is to ask them nicely then listen carefully, but not all organisations are currently primed to have these crucial conversations.

Helpfully enough, accommodating the complex realities of neurodiversity means drawing upon the same mindset demanded by effective change management: adaptable and universal, with an avoidance of overcomplicated design and a willingness to include parties impacted by the change(s) in the design process.

Unfortunately, many common services are prime examples of the problems that arise when this mindset is ignored or under-utilised. These problems can disproportionately affect neurodivergent people, as neurodiversity is often accompanied by information processing difficulties, such as feeling overwhelmed by too many information channels, struggling to organise information, or finding information hard to read. Several daily admin tasks are primed to cause information overload because of bad design – think busy intranets, lengthy job application forms, and the T&Cs page for bank accounts.

All these services create unnecessary obstacles and create a need for additional support that wouldn’t need to be “additional” at all if the necessary systems were designed in a more flexible and inclusive manner. The design improvements are often very simple and have positive knock-on effects for a business. For example, if online and physical communications use dyslexia-friendly colour schemes and fonts as standard, dyslexic people don’t need to request customised print-outs. If a banking app presents information concisely and in simple language, there are far fewer confused calls to customer support – including from the neurotypical community.

Frequently, neurodiversity-friendly design isn’t just efficient and inclusive, it’s also popular, as designs that reduce a user’s information load tend to be very well-received by everyone. Just look at the success of Apple’s iPad, which uses a simple visual interface that requires less dexterity than the average laptop. Perhaps it’s no coincidence that both Apple’s CEO, Steve Jobs, and its Chief Designer, Jony Ive, were both dyslexic.

So, how can Service Design step up?

To create your own efficient, inclusive, and popular service, there are various approaches you can take. You should involve varied voices at the design stage, develop outputs to work for as many users as possible (the core principle of universal design), and be open to feedback that you might not have considered but which has broad implications.

Key service design tools like personas and journey mapping help expose pain points and change opportunities. For better or for worse, the fact that poor design has more of a negative impact on neurodivergent people makes them potentially brilliant designers and thorough testers.

In our experience over the years in supporting clients with transformational change, especially in the realm of digital, we have seen a steady but slow improvement in an understanding of how neurodivergent individuals interact with services, products and environments. Most often, and in a service design context, it is at the ‘front end’ - in customer interfaces. Whilst that’s important, we also see the huge opportunity in tackling employee-related issues that sit at the layer below, in order to improve the operational environment. Notably, the benefits of a neurodiversity-positive workplace extend to productivity: JP Morgan & Chase’s Autism at Work programme found autistic employees are “48% faster and up to 92% more productive than their non-autistic counterparts*.”

If the workplace environment is optimised for all, the service provision for customers and clients can only improve. Listening to the valuable viewpoints and insights provided by neurodivergent individuals will strengthen the change industry’s ability to shake up the ineffectual status quo, and might even be the difference between true transformative change and a mere upgrade on what has always been done.

Photo by Will O on Unsplash 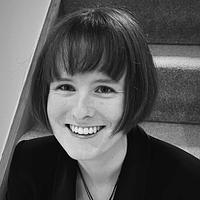