Here at Anderson Anderson & Brown Consulting, we are all about change - helping our clients think about it, prepare for it and deliver it.

Since it’s Star Wars Day, I’m going to embrace a bit of fantasy and assume we are the consultants to the Rebel Alliance (we would definitely have an ethical issue consulting to the Galactic Empire!).

So, what change would we be involved in?

THINKING about the threat of the Empire and supporting the Rebellion to establish a fairer system of Government that, unlike the Empire, is not based on fear and intimidation. Actually, very similar to a lot of the public sector work we do – work with meaning and societal impact.

PREPARING to ‘obtain’ (rather than steal) the plans for the Death Star so that the Rebellion can stop the Empire’s new super-weapon. This is definitely a complex project that would need our service design, communications and engagement expertise.

DELIVERING – this will require multi-functional teams exploring the art of the possible and throwing out the rule book in terms of traditional ideas. We might leave the X-wing piloting to Luke Skywalker but this is one project where we will be ‘all in’.

Okay, so this is all a bit of fun but we do have CHANGE in common with the Star Wars franchise. What better day than May the 4th to give a shout out to Star Wars Force for Change; an initiative that "harnesses the power of Star Wars to embolden and motivate the next generation of heroes and innovators, while also empowering the Star Wars fan community to use their fandom for good"? You can check it out here - www.starwars.com/force-for-change

May the Fourth be with you!

Thank you Lucy Fordyce for your Star Wars knowledge (this post would have been a chronological disaster without your input). 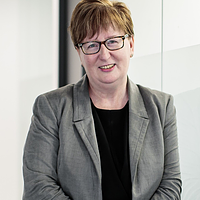